POLISH CERAMICS AS ANCIENT AS GREEK?

Grey ceramics is the most unique pottery and has the oldest traditions in Poland. Grey pots – in other words dishes manufactured with the use of that technique – appeared on the Polish soil already in the ancient times. They can be traced back to Łużyce culture (1300 – 500 B.C.) and Celtic times (the IIIrd century B.C.) as well as the Roman times (0 – 400 A.D.). As you can see – grey ceramics is as old as the famous Greek one and it is also equally beautiful – even though it is not as richly ornamented.

What is interesting, polished ornamental adornments that can be found on the dishes from Roman times are made in the identical manner as the contemporary ones. It proves the fact that the grey pots technique making has changed only slightly over centuries. Thanks to the simplicity and elegance of grey pottery as well as it’s unique form and color – grey pots can be used successfully in a classic as well as in a modern interior design. They will fit especially minimalist or even post-industrial, loft interiors.

If you would like to see more examples of grey pots, please visit our grey pottery section VISIT

Research proves that grey ceramics was popular all over Poland. Gradually, due to glazing ceramics development, it was pushed out from different Polish regions, remaining solely in the east. Now grey pottery is produced solely in one village in the east of Poland – which makes it a very unique one.

Pottery workshops in Poland have been cultivating the XVIIIth century traditions of grey pottery handicraft using the same adornments and pot shapes in accordance with the tradition passed on to the consecutive potters’ generations. It is worth emphasizing that every potter has got their own pattern and adornments.

Grey pots making is customarily called ‘grey pots suffocating’. Dishes are rolled on a potter’s wheel. When they are formed, they are adorned. Next they have to dry for a period between a few to over dozen days. The following stage is to prepare a mini lead mixture and ground sand. A pot is covered with that mixture to ensure adequate coating density. Burning dishes in hermetically locked furnaces lasts around 13 – 14 hours. The burning temperature can reach about 950 degrees Celsius (1742 ° Fahrenheit). Only traditional furnaces can be used for grey pottery production, were charcoal is used as fuel. The grey pottery steel-shaded hue is achieved through oxygen reduction from the iron compounds, contained in clay, thanks to stopping the air inflow in the final burning phase. The smooth surface and shine is owed to so call ‘smoothing’ – which involves grinding of a partly-dried dish with an ordinary flint stone. 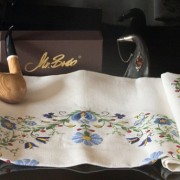 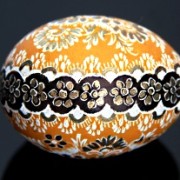 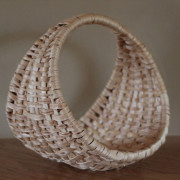 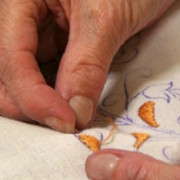 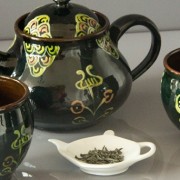 The entrance hall – how to decorate it?