Pottery is one of the earliest craft forms, and most closely connected with land. Potters were learning their art for a few years: they learnt to find the right type of clay, keep the proper temperature in the kiln, understand the effect of fire. Pottery was developing fast in Poland. Gradually, so called grey ceramics was giving way to glazed pottery. Kashubian pottery represents the latter type. In the past, pottery production was a common art, today there are few workshops preserving traditional regional methods of production.

The pottery we’re presenting comes from one of the family workshops. It was founded in Chmielno in 1897. Pottery traditons have been passed on from father to son for 10 generations now. Bozena Stelmachowska, PhD, who has studied the Kashubian folk art, describes the pottery of the Necel family underlining that: “… for a few generations they have passed the tradition of pottery production from father to son, that is their patterns, forms, motives and psychological attitude to art. They feel and realize that they are the only Kashubian potters and it has a great meaning and ideological value for them…” 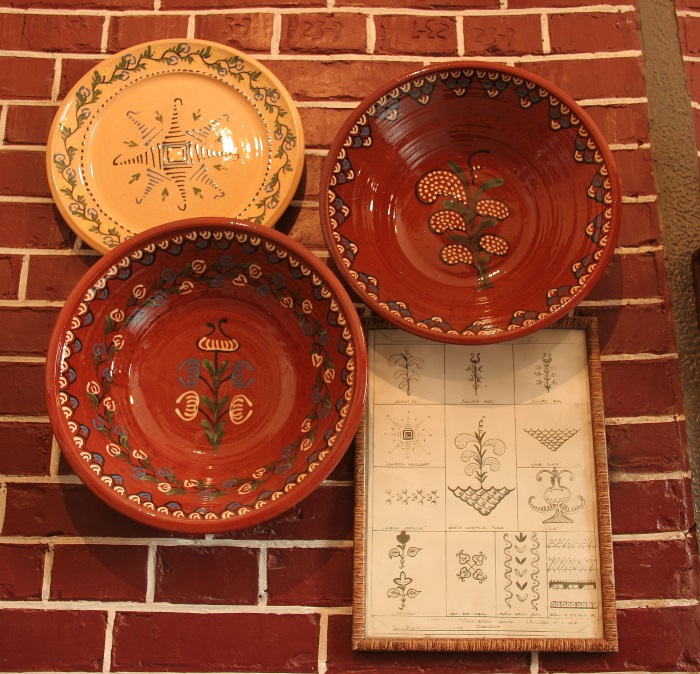 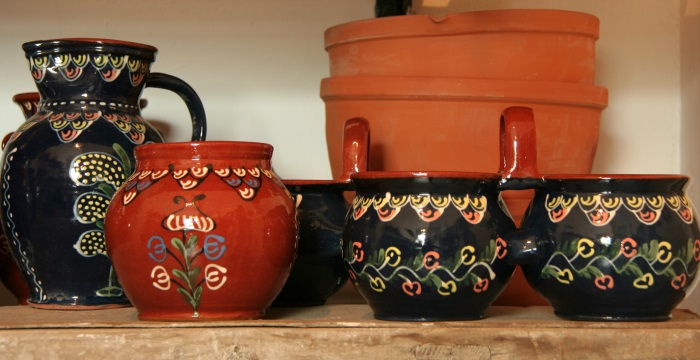 The Necel family workshop has been using the same seven basic patterns for over a century now. The oldest ornament is the branch of lilac, known also as lilac bouquet. Other patterns, small and large tulips, also can be found in all types of Kashubian decorations: embroidery, painting on glass, polychrome on objects and furniture. Geometric Kashubian star in an atypical motive. Popular decorations include fish scales, reminding of the abundance of fish in the Kashubian lakes, as well as Kashubian wreath, used as a supplemental decoration. The last motive, the lily, is the most complicated one, and its origin is not clear. The basic patterns may be combined into compositions decorating Kashubian ceramics. While discussing Kashubian pottery it is interesting to pay attention also to the colours of vessels. Colours are obtained in natural way, thanks to “podbialka”, called also slip or engobe. It is a liquid, delicate clay suspension and its colour depends on the type of metal oxide added to it. White, brown, yellow, green or dark blue are the most frequently used colours.

Go to the products of the Kashubian ceramics