POLISH HANDICRAFTS FOR THE 100TH ANNIVERSARY OF REGAINING INDEPENDENCE

What products would be the most suitable as gifts for that important anniversary?

Although folk art in Poland has centuries-old traditions, it is worth remembering that the period of its greatest prosperity is the second half of the 19th century – the time when Poland was under annexation and did not exist on the map. It was folk art that was one of the most important refuge of Polish tradition and culture in this difficult time for Poles. In it, poets, composers, musicians, artists promoting Polish culture and often involved in activities aimed at propagating Polish independence in the international arena found inspiration. In November, we will celebrate Poland’s 100th anniversary of independence regaining. On this occasion, we decided to prepare for you the ranking of unique areas of Polish handicrafts. These products can be a perfect souvenir for the 100th anniversary of independence regaining. 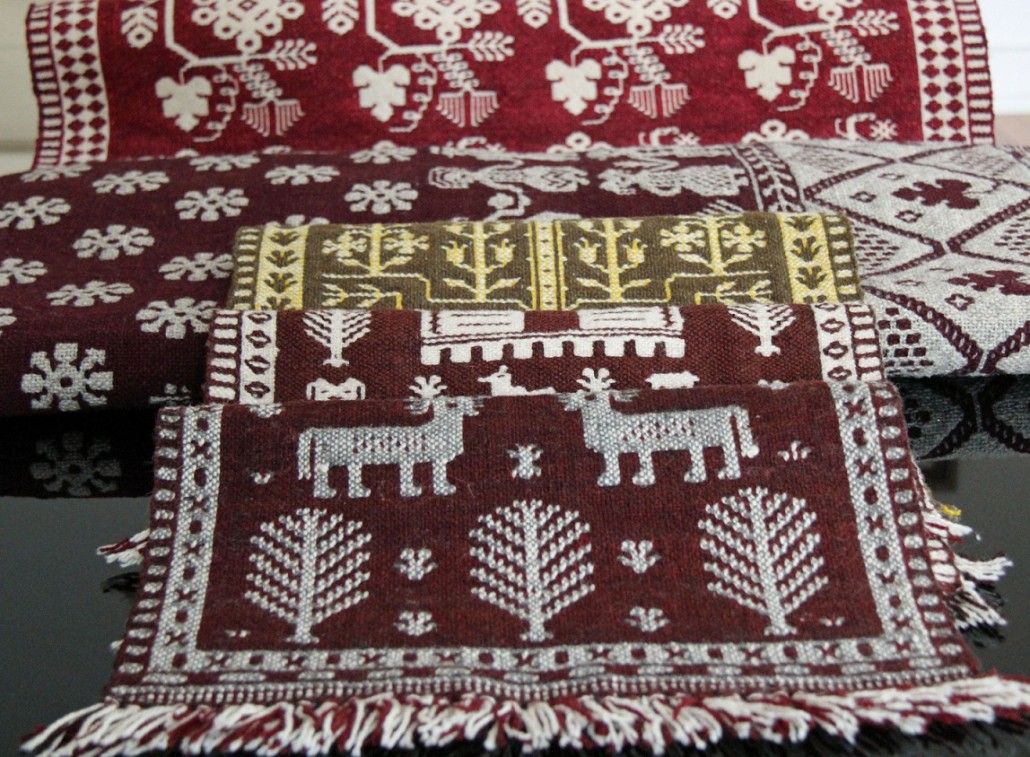 Weaving is one of the oldest crafts. It had a useful function – a weaving workshop was in every household – on it women were making clothing, but also elements needed to decorate the interior – carpets, covers, tapestries. Natural raw materials were used: flax, wool and hemp. The dyes were also natural. 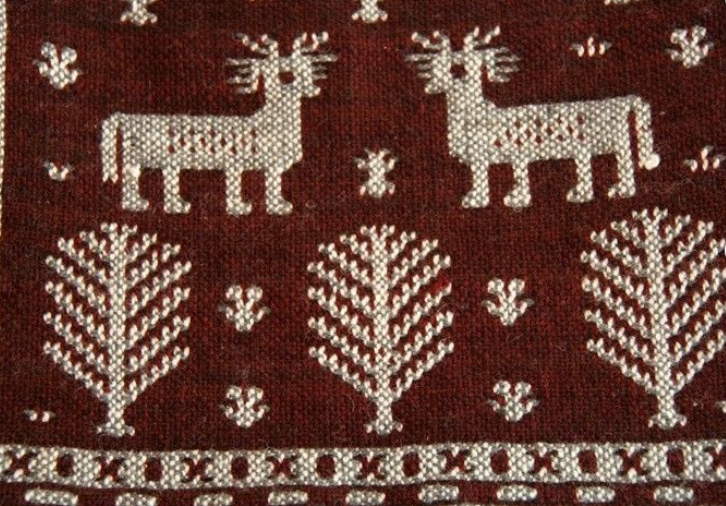 Patterns of fabrics refer to everyday life – they usually depict scenes from the life of the village, but also different customs. The landladies who created them  had taken inspiration from what surrounds them – the farm, figures of animals and people, trees, nature. Also frequent motifs are grapevine, rhombus and stars, which usually form symmetrical patterns in the middle of the fabric. 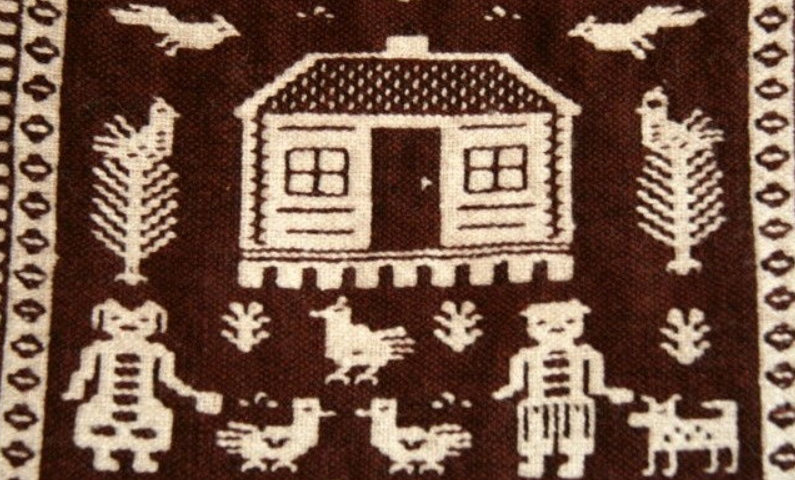 What creates the special value of dual warp weaving?

Historically, dual warp weaving was popular throughout Europe. Today, it has only survived in Spain, Sweden, Italy and north-eastern Poland – only in one place – in Janów. The uniqueness of this handicraft builds its value. 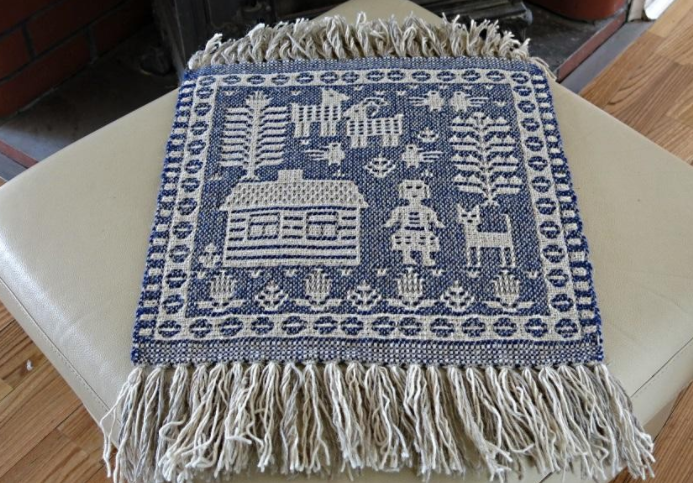 Thanks to the passing of weaving techniques from generation to generation, traditional patterns and production techniques have been preserved. Until today, dual warp fabrics are manufactured on 19th-century looms, such as those shown below. 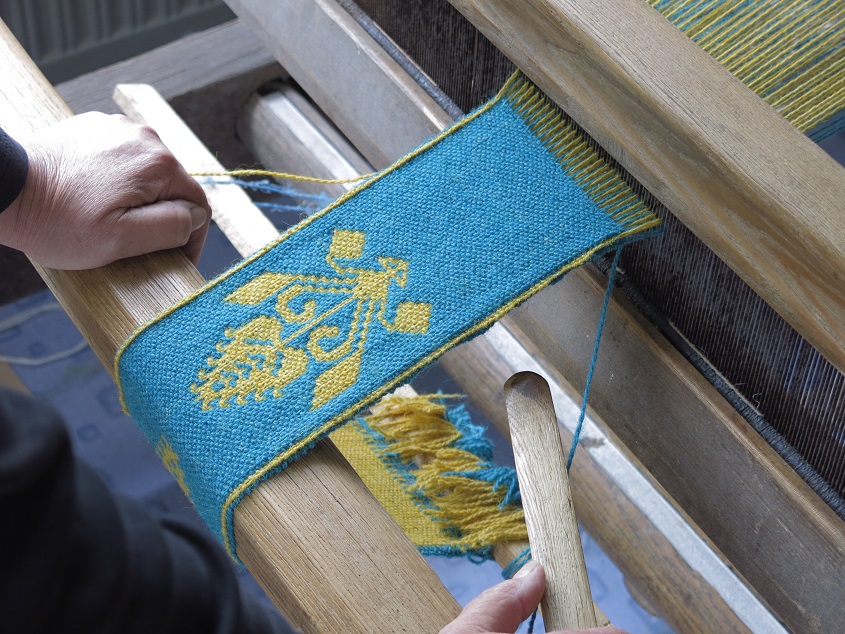 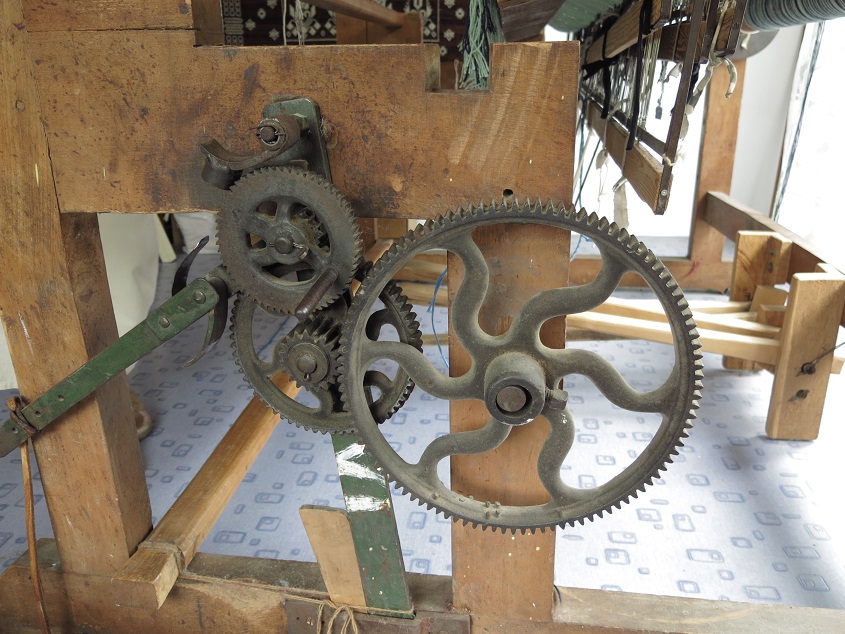 The dual warp fabric is not only beautiful and useful, it also has a collector’s value. The pattern is created entirely by hand. Most of the fabrics have the artist’s signature. In our collection you will find both small tapestries and full-size works, distinguished in prestigious weaving competitions.  A dedication can be easily added to the pattern – for example, for the 100th anniversary of regaining independence. 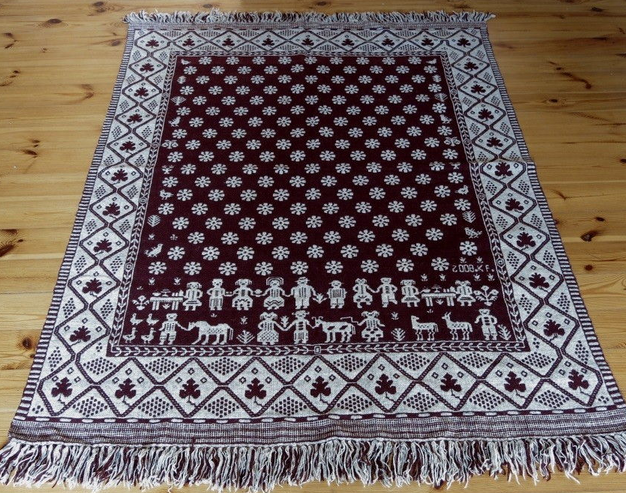 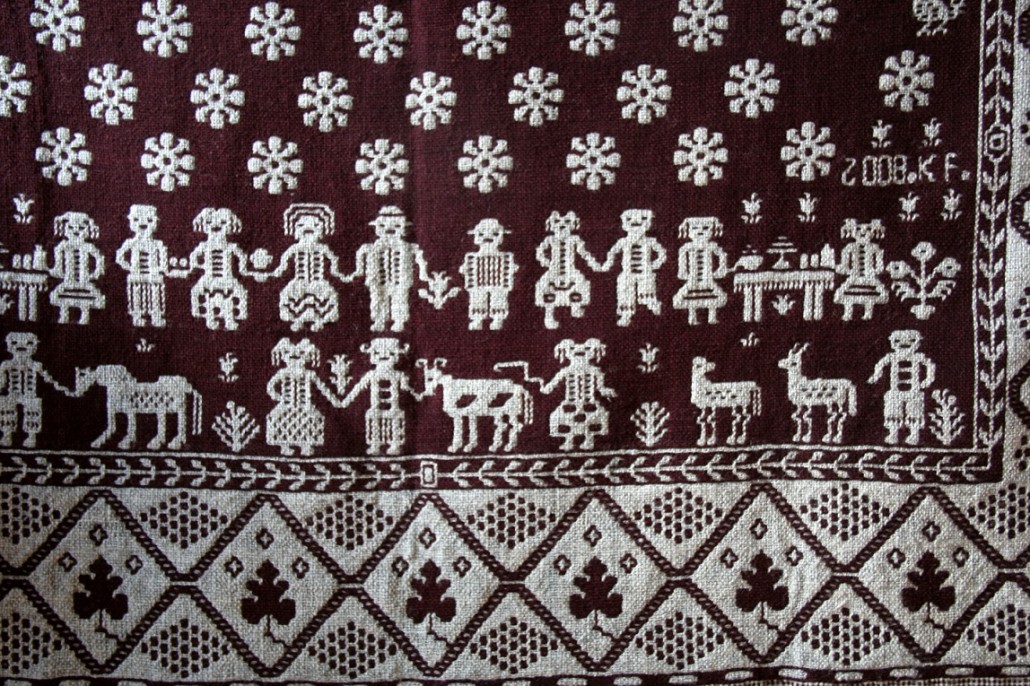 Bobowa lace belongs to the so-called bobbin lace or real lace . Such a lace can not be riped with one thread. It requires the most complex lace making workshop – that’s why it is highly appreciated and sought after. 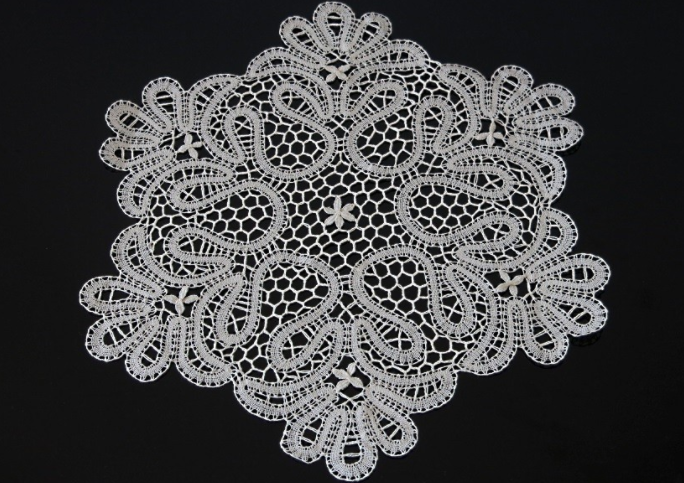 Lace in Polish history and culture

The art of bobbin lace was popularized in Poland in the 16th century by Queen Bona, who was a lace-maker. Helena Modrzejewska, a well-known Polish actress and patriot, contributed to the revival of lace making in Poland. She was the initiator of the creation of the National Lace School in Zakopane (1883). Apart from economic goals (the school was to provide income to poor girls from mountin region), the institution was a mainstay of Polish culture. In addition to arithmetic, the basics of trade and drawing, the pupils were taught Polish language, religion and history. One of the goals was to create a unique Polish lace making style, based on the traditions of the region. Soon a similar school was opened in Bobowa (around 1890) 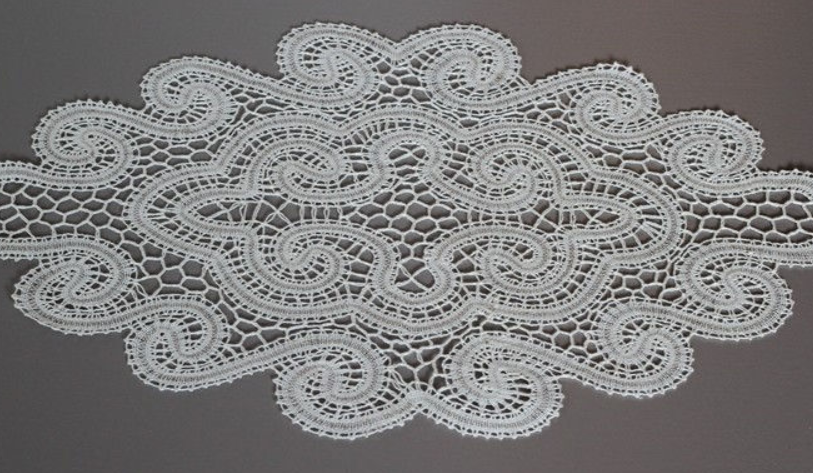 Bobowa Lace – tradition and modernity
Although today there is no longer a lace school in Bobowa, the traditions of lace making in this center are cultivated to this day. That’s where all My Poland lace comes from. Our creators cherish old traditional patterns – such as wave, snail or oak leaves. 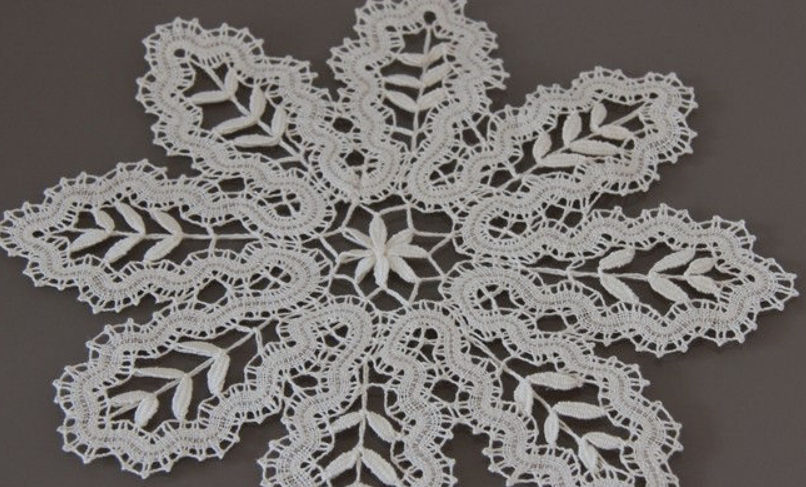 However, they do not avoid researching new, original designs and ideas. That’s why in our offer, apart from traditional napkins, you will also find Christmas tree decorations and beautiful, modern, decorative collars. Such a collar may be an ideal souvenir for the 100th anniversary of regaining independence. Although it may be an element of a very modern creation, it has also a bit of nostalgia and may remind you about brave Polish women who fought for the preservation of Polish language, culter and traditions in the 19th century. 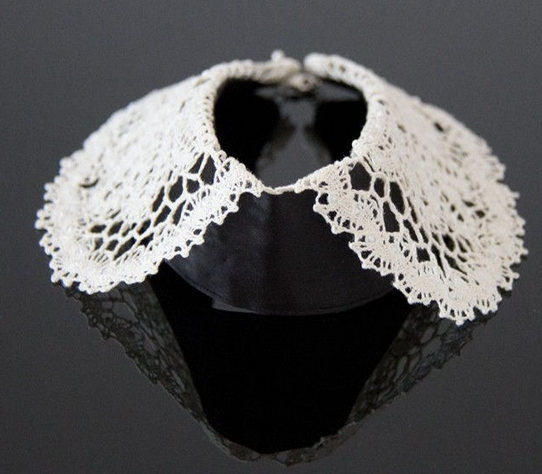 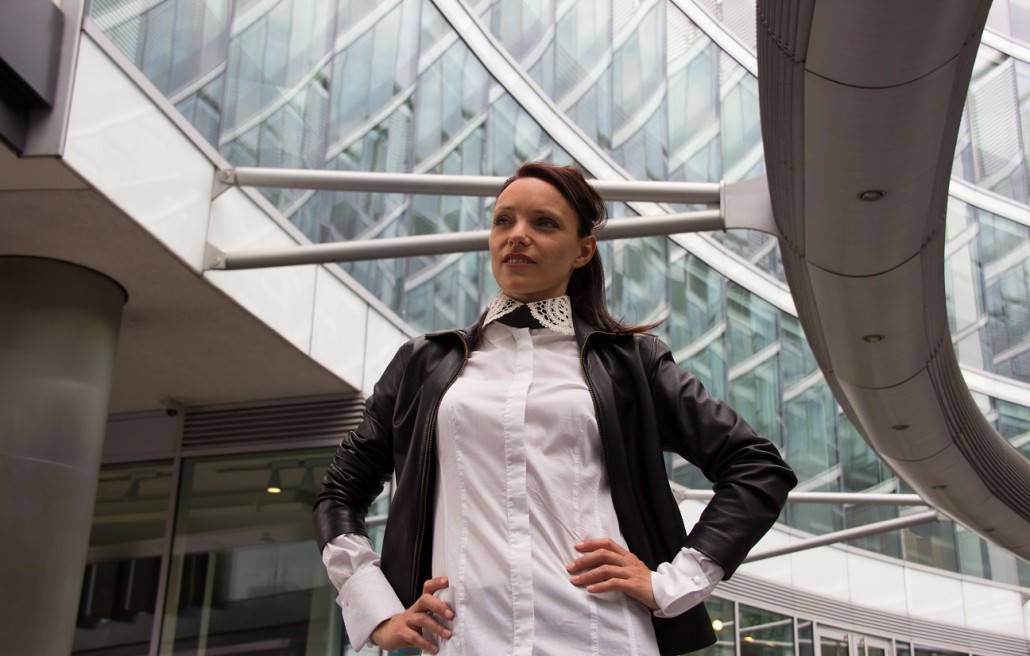 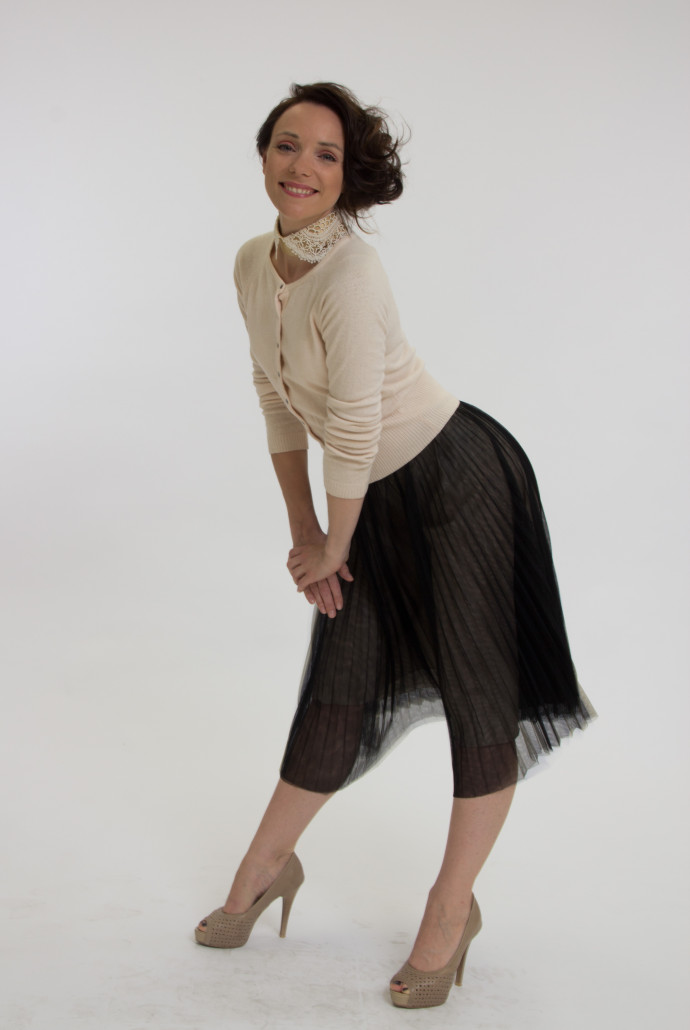 Easter eggs from Opele region, so called kroszonki, are made on the shells of chicken or goose eggs. They are hand-decorated with the engraving method (scratches) – the pattern is scraped on a previously dyed, usually one color, shell. 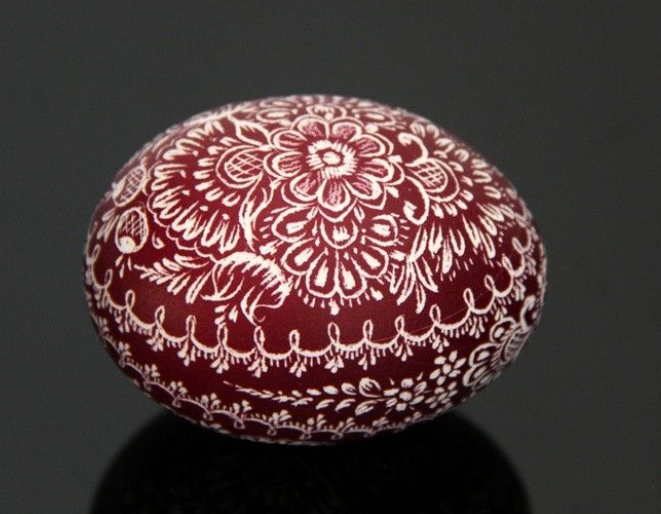 This technique requires very high precision, delicacy (you can’t crush the shell) and experience. The pattern, which most often consists of vegetable elements, is created by hand directly on the shell, without first sketching it on the egg.
Easter eggs with a dense, evenly distributed pattern are the most valuable. The artist’s mastery can be recognized by equal sizes of elements of ornamentation and symmetry of the pattern. One Easter egg is decorated even for a few hours to get such an impressive effect. 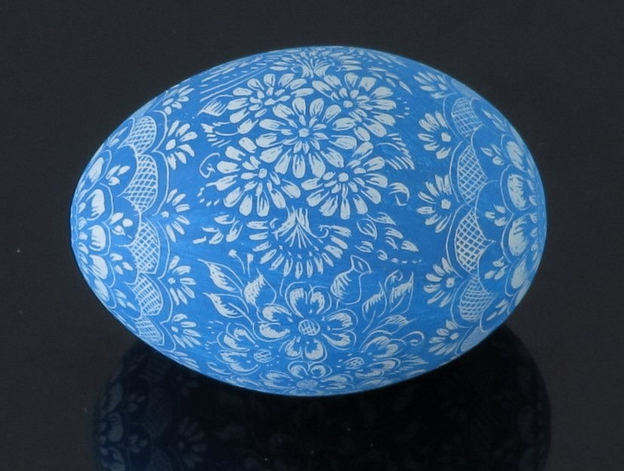 What makes the Easter eggs from Opele region so valuable? 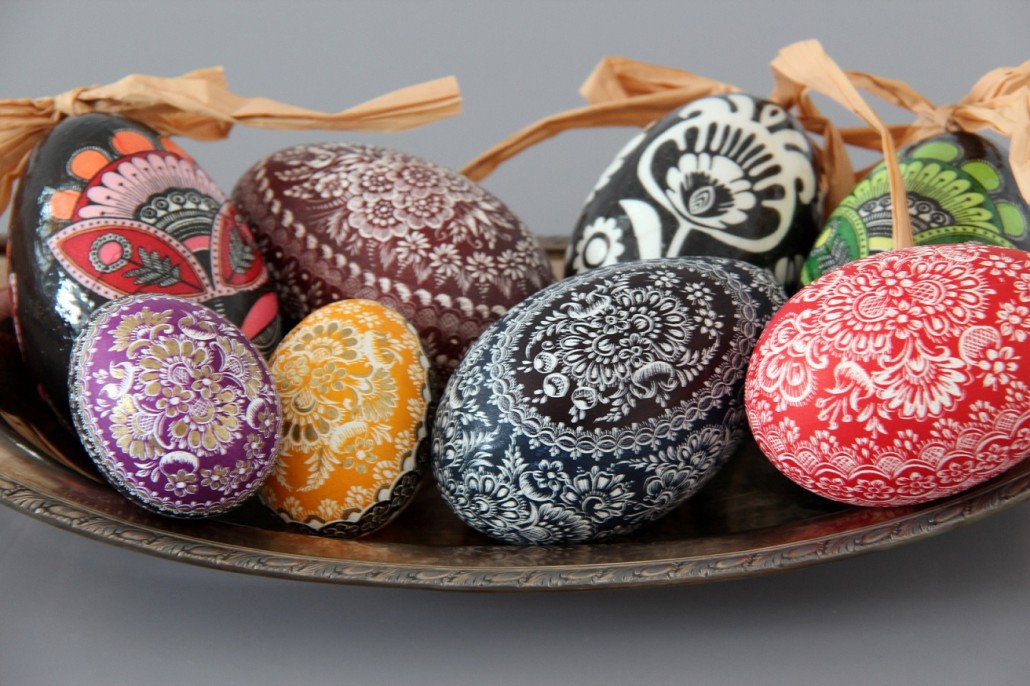 What does the Easter egg have to do with the anniversary of regaining independence?

It is worth remembering that in many cultures and religions, the egg is a symbol of rebirth and new life. Easter eggs have this symbolism. Although today’s Easter eggs are associated primarily with the Easter period, in the past they were a much more universal gift. They were offered as a symbol of friendship and love, put under the threshold of a newly built house, buried in the field or given as a gift to the newlyweds to bring the good luck and fortune. Considering such symbolism of Easter eggs, it can be said that it is an ideal souvenir for the 100th anniversary of regaining Poland’s independence. We especially recommend our red Easter eggs for this occasion. 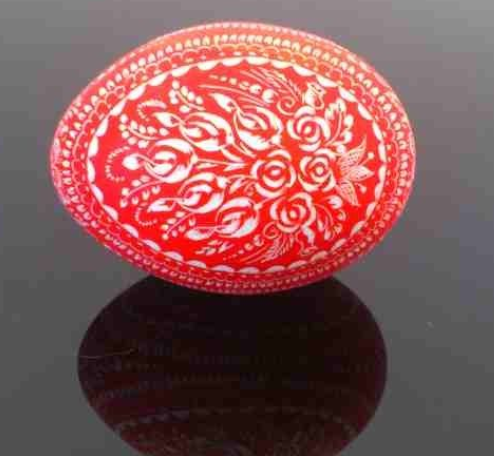 Lowicz handicraft – the most popular abroad